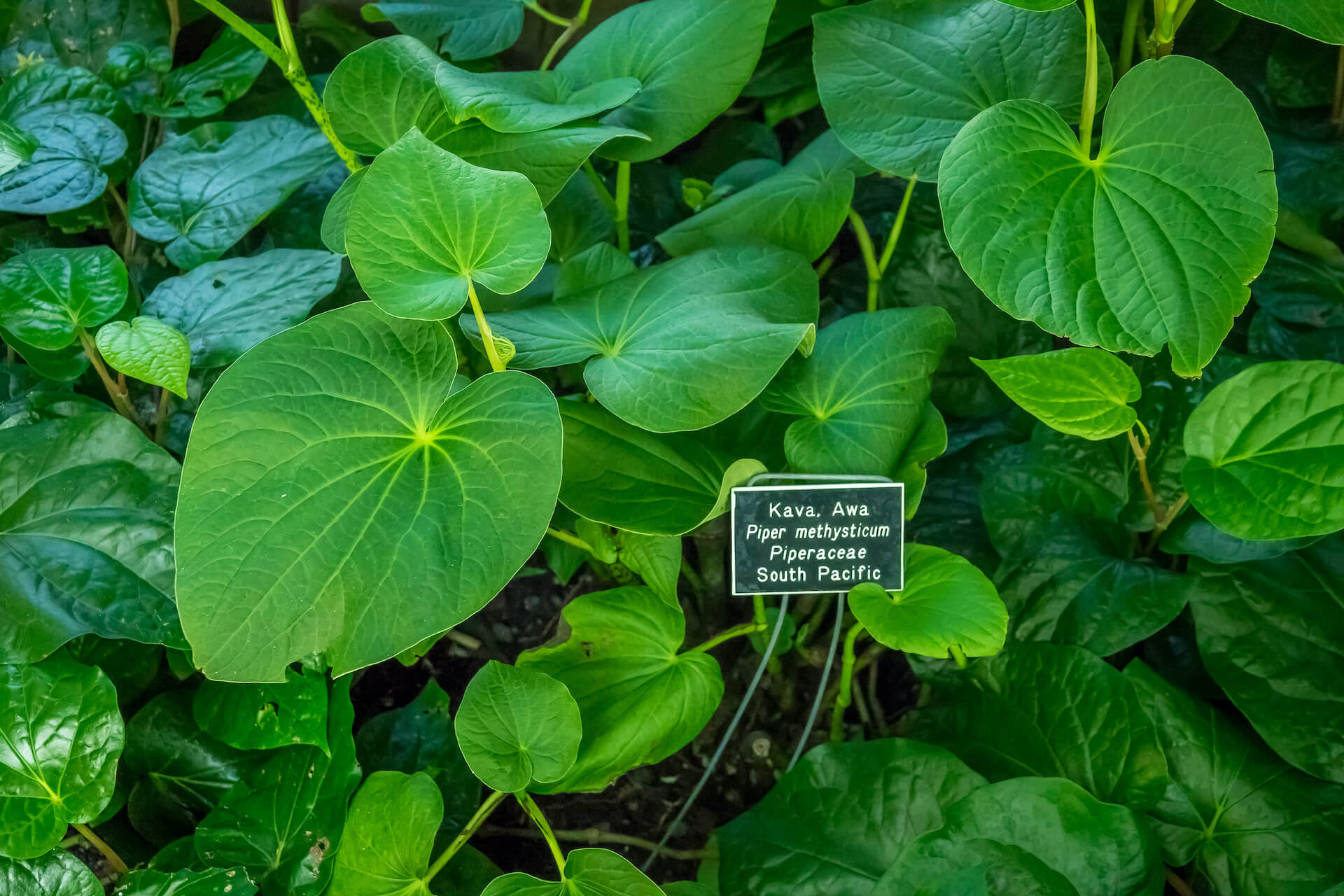 Licorice and Kava support the body and mind following trauma.

Botanical medicines for the treatment of traumatic stress increase the capacity of the body, mind and spirit to cope with the overwhelming emotional and physical effects of trauma. Unchecked, the effects of trauma can lead to the development of chronic pain, substance abuse, fibromyalgia, insomnia depression and auto immune disease. Herbal medicines can ease the response to stress, aid sleep, reduce anxiety, and lift and balance mood. These medicines are gentle, generally without side effects and can support immune function, energy and the restoration of  mind body spirit balance.

Botanicals complement dietary and nutritional supplementation and energy medicine to effect a change in biochemistry. Like nutrients, they may be used in combination with pharmaceuticals or to replace them. A word of caution: Botanical medicine must be used with the guidance of an expert on plants/ nutrient/pharmaceutical interactions. There are excellent government and private institutional databases on interactions and contraindications that are updated yearly.

Most of the problems with combining botanicals, nutrients, and pharmaceuticals derive from “too much or too little of a good thing”—overdosing, under-dosing, or synergistic and compounded effects. Combinations might include, for example, taking a selective serotonin reuptake inhibitor (SSRI), 5-hydroxytryptophan (5-HTP), and Hypericum, all of which increase availability of serotonin at the synapse and can lead to serotonin syndrome, which results from too much serotonin and can cause potentially lethal side effects.

However, the use of nutrients and botanicals can also reduce the dosage of the SSRI needed or make it more effective or even eliminate the use of these medications. These decisions are most safely made in collaboration with a knowledgeable individual who can guide the process. Most plant medicines have gentle effects on human biology and  many pharmaceuticals are derived from a plant that nature has modeled for chemists. Herein is the value of plants: they contain combinations of compounds that are designed to work together in ways that many synthetic medicines cannot. Where one chemical is powerful and may cause side effects, another in the same plant provides the balance to cancel or minimize those effects. The effective use of plants requires the same or greater level of expertise as that of a conventional pharmacist.

The plant medicines I discuss below act synergistically to build health and sometimes alter consciousness. Plants are best used when combined as part of an overall program including nutrition. While you may use plants like substitutes for pills (for example, taking white willow bark for a headache instead of aspirin), most plants will deliver greater benefit when incorporated into the daily diet for extended periods of time. Because the body becomes inured to the effects of many substances, I suggest conducting a course of treatment for 3 months and then changing the plant or combination of plants in use.

Nature is redundant; for every illness there are many botanicals to try. If one doesn’t work, try another, or after using one for 3 months, use another. Each person’s body differs in the response to plant medicine, so systematic uses of plant medicine can help find the appropriate type and dosage.The plants categories I explore here are adapatogens and nervines. Some special combinations, like polarity tea (see below), serve several purposes—HPA axis support, gastrointestinal health, and allergies.

Adaptogens help one adapt to stress by restoring the capacity to cope and respond. These plants and their active extracts support adrenal function, build endurance, and reduce fatigue. By supporting adrenal function, they also support immune function and resistance. Adaptogens help utilize oxygen and increase cellular respiration. Common adaptogens include Panax ginseng, Eleuthero  (also known as Siberian ginseng), and Ashwagandha, which has activity like that of gamma-aminobutyric acid (GABA) and has been used in Ayurvedic medicine for more than 2,500 years to enhance vitality and endurance. The three criteria of an adaptogen are that it (1) should be generally free of side effects; (2) be nonspecific—that it should increase resistance to a wide array of physical, chemical, and biological stressors; and finally (3) be able to normalize function and restore homeostatic balance.

Polarity tea is an adaptogenic Ayurvedic medicine containing one part licorice root ( Glycyrrhiza glabra ), one part fennel seed ( Foeniculum vulgare ), one part fenugreek seed ( Trigonella foenum-graecum ), and two parts flaxseed ( Linum usitatissimum ). This tea is beneficial to reduce stress, fatigue, liver or gallbladder problems, and allergies; it is also soothing to respiratory and intestinal mucous membranes. It may produce slight laxative effects and is also a mild stimulant. Mix the dry ingredients together, add 1 teaspoon to water, and simmer for 20 minutes, then strain and drink hot or cold.

Licorice (Glycyrrhiza  spp.) is one of the most important botanicals of both American Indian and Chinese traditional medicine. Of the four ingredients in polarity tea, it provides most of the adaptogenic qualities. The glycyrrhizic acid in licorice inhibits the breakdown of cortisol and increases the amount of cortisol production, making it useful in moderating adrenal fatigue and hypocortisolism.The root is rich in minerals including sodium, potassium, iron, and manganese Licorice may be used in place of steroids and it also prolongs the half-life of steroids. It is also soothing to the mucous membranes of the lungs, making it useful for people who smoke or are quitting. Traditionally used in desert regions for its ability to help cells retain fluids, it is contraindicated for people with hypertension or edema and polarity tea use should be limited to two cups a day. Glycyrrhiza at high doses can result in side effects such as hypertension, edema, headache, and shortness of breath in about 20% of the population. The dose generally needed to cause these side effects is 10 to 14 g of crude plant, but this can vary dramatically from as little as 1 to 2 g in some individuals to as high as 30 g in others.

Fenugreek (Trigonella foenum-graecum L.) is from Asia and southern Europe. It is a demulcent, from the Latin word demulcere, meaning “to caress.” It soothes digestion, reduces gas due to poor digestion, and reduces allergic reactions as it loosens mucus. The seeds contain small amounts of L-tryptophan. It also supports sugar metabolism, making it an effective tea for hypoglycemia.

Fennel ( Foeniculum vulgare ) is endemic to southern Europe. The seeds relieve anxiety-related digestive problems and the essential oil is useful in treating depressed mood. Fennel seed can also be incorporated into cooking or just chewed after eating. Flax is a natural anti-inflammatory and is soothing to digestion.

Flax (Linum usitatissimum) is also known as linseed. Its use dates to ancient Egypt. While fl ax seed oil is used commonly as a source of , when used asa seed in a tea it provides mucilage and soothing properties, easing digestion and inflammation. Flax seed is inexpensive, and it is used like Chia seed and psyllium seed husk as a fiber bulking agent. Soak a tablespoon of seeds in 8 oz. of water; let the tea sit overnight and drink it in the morning before breakfast.

Plants that function as nervines are defined by their action on the nervous system. They may relax and aid in sleep or reduce pain. They may, like chamomile, soften digestive distress or lift mood, like St. John’s wort. One nervine I find most beneficial and effective is Kava.

Kava ( Piper methysticum ) is a South Pacific island plant of the pepper family (Piperaceae) used for both ceremony and medicine. Kava has many folk names, including agona, ava-ava, kava-kava, kawa pepper  yagona , and the name awa or kava a Polynesian word meaning “bitter” It is traditionally used for its relaxing effects, which co-occur with mental alertness. Kava is one of the most effective botanical anxiolytics and it should be the first choice for people who would otherwise choose a benzodiazepine. Kava contains compounds called kavalactones, or kavapyrones, which are responsible for most of kava’s pharmacological effects, including increased GABA transmission, central nervous system depression, and pooling of norepinephrine Like the benzodiazepines, kava acts on the amygdala reducing fear and anxiety. Kava is a muscle relaxant and improves cognitive performance and it reduces anxiety and depression associated with menopausal symptoms. Studies using kavapyrones with human subjects confirm that it improves sleep, reduces anxiety, and improves brain function.

Some individuals can make use of kava for sleep, but since it can also cause mental alertness, it is often contraindicated for this purpose. In working with clients I recommend kava during the day and “the three sisters” (described below) or milk biopeptides for sleep (unless they know that kava helps them sleep). Kava also works well together with St. John’s wort for depression and anxiety. Kava is available in an alcohol-based extract or in capsules. The best-quality kava is grown in the islands of the South Pacific. Only the rhizomes and roots are used in the preparation. Doses range from 100 to 400 mg (of a 60% kavalactone capsule) three times daily. I start most people with one 200-mg capsule (60% kavalactone) and increase it to two, if necessary, up to three times daily. People who are sensitive or are shorter in stature may prefer using drops to measure the dose required for effect more specifically. Indigenous peoples of the South Pacific Islands have used Kava in ritual for millennia with no apparent adverse reaction. Some deaths have occurred due to hepatic failure associated with combined high-dose kava and heavy alcohol consumption in Europe.

The aqueous extract of kava has been found to be safe, without serious adverse effects and no clinical hepatotoxicity. Kava has been sold with mandatory warnings in the United States and Europe about the potential risk of rare but severe liver injury. These reports have led to advisories that people with hepatic damage should avoid kava, though it appears that t recent decision by the European Commission after extensive research, will result in removing this warning.  Kava is also contraindicated in people taking benzodiazepines or antipsychotic drugs though it should be considered as an alternative to benzodiazepines. It is also contraindicated in patients with Parkinson’s disease. Kava should be discontinued at least 24 hours before surgery because of its possible interaction with anesthetics.

Botanical are an excellent resource for gentle natural and effective approaches for managing symptoms of PTSD and Complex trauma as well as addressing underlying imbalances cause by chronic stress.

The above is  a brief adaptation from my  referenced chapter on Botanicals for the Treatment of PTSD in my clinical book Rhythms of Recovery: Trauma Nature and the Body (Routledge 2013).

Leslie Korn really opened my eyes to micro aggressions and workplace issues, along with trauma and substance abuse.