The 3 Sisters of Sleep Come to the Rescue

We often turn to herbal medicine when we want to fall asleep more easily, or stay asleep. Stress and anxiety affect the ability to fall asleep. Exercising too late in the day or drinking stimulants containing caffeine also contribute to challenges with sleep onset. Two types of sleep issues: one falling asleep (delayed sleep onset) or the ability to stay asleep throughout the night are among the most common problems. For these two challenges the “3 sisters of sleep” come to the rescue.

Combining Hops, Valerian and Passionflower is a safe and synergistic approach to aid sleep onset and duration. Many people try using valerian without much success; however, its effects are best potentiated by hops and passionflower both of which also affect levels of gamma-aminobutyric acid (GABA). This three-herb combination aids sleep onset and reduces overall anxiety. It can be used daily without side effects however, it may not be sufficient for managing very high levels of anxiety or panic. For these cases, kava, one of the preeminent anxiolytics of the plant world, is usually more effective. (Here is the previous post where I write about Kava) 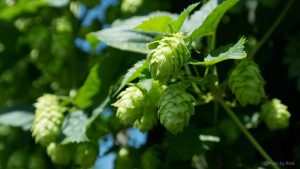 The first of the sisters of sleep, hops (Humulus lupulus), is one of the two genera in the Cannabaceae family, along with marijuana (Cannabis sativa). Hops buds are used as a bitter in the brewing of beer, a bitter tonic medicine, and a sedative. Hops buds contain the resinous lupulin. They are rich in flavonoids and have been used as an antibiotic, antifungal, and antioxidant as well as a pain reliever. Hops is approved by the Complete German Commission E Monographs to treat anxiety, restlessness, and sleep disturbances Hops (and the B vitamins) found in a good quality dark beer make 4 to 6 ounces of beer an excellent quick remedy for muscle cramps, an anxiety or panic attack or insomnia due to pain.
Hops and valerian are commonly combined for their beneficial, synergistic effect in the treatment of sleep disorders, acting in a way comparable to the efficacy of the benzodiazepines A valerian/hops extract was found to neutralize caffeine-induced arousal before sleep.

The standard dosage for hops in capsule form is 500 mg one to three times a day. It is also available as a liquid extract. The use of hops in large amounts should be monitored for potential estrogenic effects; for the same reason, hops can be useful for menopausal symptoms associated with low estrogen. 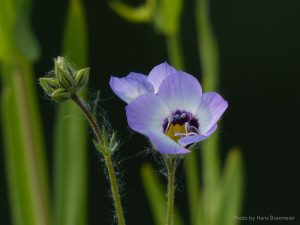 Sister two is valerian (Valeriana officinalis L.), known for its sedative effects on the nervous system. Valerian is also called hierba de los gatos (“The cats’ herb”) in Mexico because cats react to it as they do to catnip in spite of its repugnant smell to most humans. Traditionally, valerian was an incense used in Europe to protect against evil.Valerian contains valerenic acid, which binds at the GABA-benzodiazepine receptors. One study examined patients with insomnia who were successfully withdrawn from benzodiazepines by using valerian. Valerian effectively reduces anxiety and restlessness and promotes sleep. It has also been shown to be as effective as benzodiazepines in several studies. The use of valerian is contraindicated with the use of other central nervous system depressants, such as alcohol. 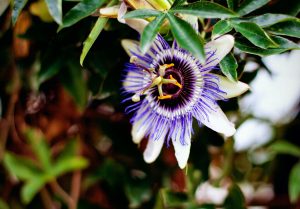 Passionflower ( Passiflora incarnata L., P. coerulea , and P. edulis ), the third sister, is a tropical vine plant indigenous to Central and South America.It produces delicious fruit rich in vitamin C. Passionflower was given its New World name by the Spanish after their arrival in Mexico in the 15th century. They likened the corona to the Christian crown of thorns, the five sepals and five petals to the 10 apostles, and other parts to the nails and wounds of Christ. Apparently they also experienced at first hand its capacity to alleviate suffering. The leaves are traditionally used as a sedative and anxiolytic. Some species have entheogenic seeds. Studies demonstrate efficacy for generalized anxiety disorder for sleep, and for reducing anxiety without sedation prior to surgery. Passiflora incarnata contains chrysin, a natural flavone that has anxiolytic effects equal to those of benzodiazepines.

Master herbalist Ed Smith, produces some of the finest pharmaceutical grade botanicals via his HerbPharm and recommends a combination of equal parts passionflower (Passiflora incarnate and edulis ),valerian (Valeriana officinalis), hops (Humulus lupulus ), chamomile ( Matricaria chamomilla), and catnip (Nepeta cataria) as a sedative for the treatment of nervousness, depression, and insomnia.

The good news about the 3 Sisters of sleep: Hops, Valerian and Passionflower (VHP) is that their efficacy is enhanced by their combination and the clinician can feel safe in recommending VHP. Indeed, one of my go-to pharmaceutical grade botanical products is called VHP and is available to clinicians at Biotics Research Northwest who establish a professional account.
For children who need to relax and sleep, Gaia herbs has changed the compound a bit to best suit children in a syrup form with chamomile, lemon balm and passionflower.
All of the above products are formulated using high quality ingredients and according to the highest standards. You can follow recommended dosages on the packaging.

AUTHOR NOTE: This post is adapted from my chapter on Botanicals for the Treatment of PTSD in my clinical book Rhythms of Recovery: Trauma Nature and the Body. All the peer reviewed and scientific references for this article may be found there.

Rob Wheeler, MA, LMHC
PODCAST
How Diet Can Affect Mood on Take Charge of Your Life
Listen here
SIGN UP
Receive a free guide to change your mood with food.