How Yoga and Nutrition Can Help Bulimia and Disordered Eating 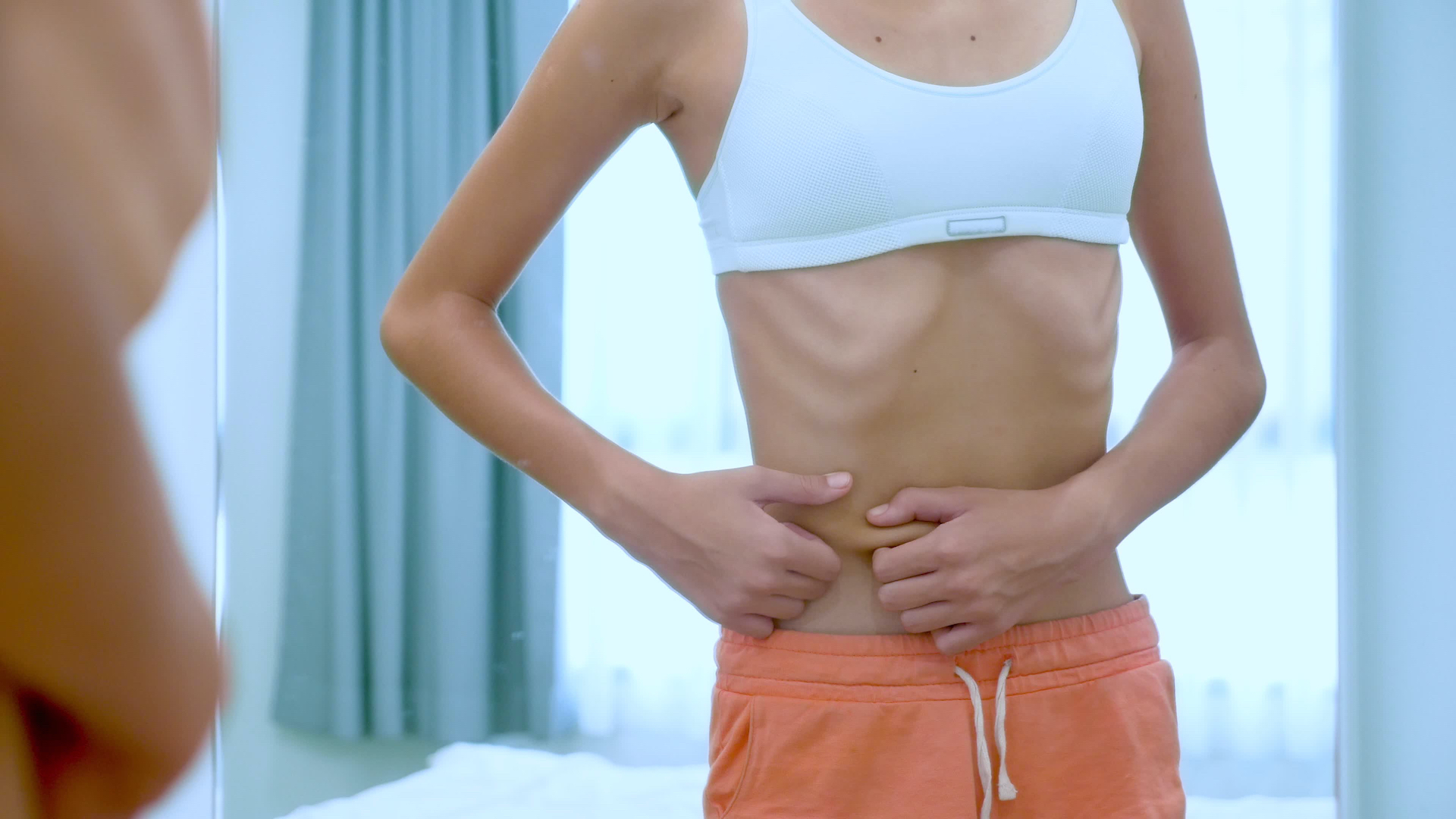 There is a high rate of eating disorders among women and men who were victimized in childhood. (Korn, 2013) Eating disorders often have a dissociative and obsessive-compulsive component. The eating disorders in general are linked to dissociation and alternate states of consciousness achieved through food types and binging/fasting/purging activities. Eating disorders reflect complex psychobiological stressors and they co-occur with complex nutritional imbalances. They may be understood as efforts to regulate affect through food and food-related behaviors.

For example, purging activates vagal response. If you have ever thrown up, you know that afterward you are often exhausted and fall asleep. Historically, across cultures, humans (and other animals) are known to engage in ritualized behaviors of purging and regurgitation as methods of altering states of consciousness. At a larger social level are the influences of pressure and advertisements on children and adults of what constitutes a perfect body and the ways that food, or lack thereof, may achieve that.

Bulimia, and binge eating disorder (BED) affect all ethnicities in the United States. Bariatric surgery patients have a 27 percent lifetime prevalence of BED (Herrin & Larkin, 2013). There are elevated levels of anxiety and depression among bariatric surgery candidates and higher rates of mental disorders among the obese and then even higher rates of mental disorders in obese people who seek bariatric surgery (Mitchell & Zwaan,2011). Bisexual and gay men have a higher risk for eating disorders with as many as 15 percent (Herrin & Larkin, 2013). Eating disorders are highly comorbid with obsessive-compulsive disorder, and the  functional nutritional treatment  for both is very similar.

People generally use carbohydrates as their food of choice in bulimia, though they may choose fatty foods as well. These are mood altering by way of the serotonergic system, and they also lead to a sense of fullness by filling the stomach and putting pressure on the diaphragm. Balancing serotonin levels with nutrition is central to managing the range of symptoms that occur along the eating disorders continuum.  The use of specific animo acids, like tryptophan or 5HTP support serotonin and can contribute to satiety and relaxation. Endocannabinoid deficit may be involved in Bulimia and eating disorders (Gérard, Pieters, Goffin, Bormans &Van Laere, 2011) and may be why some people with bulimia and night eating syndrome appear to lose their appetite when using CBD-rich strains of cannabis suggesting CBD may be a useful adjunct in treatment.

Foods have psychoactive components, which are enhanced when there are allergies or sensitivities, for example, to the opiate-like chemistry of gluten and casein that affects many people with eating disorders. This is why overeaters anonymous encourages sobriety from wheat and gluten. People who engage purging (and fasting) frequently engage in intensive aerobic exercise.  All of these behaviors alter consciousness by inducing endorphin and endocannabinoid response, which reduces anxiety, but  intensive aerobic exercise can also exacerbate dissociative symptoms.

Bulimia nervosa behaviors may include purging and extreme use of laxatives, which upset the digestive process and also the health balance of intestinal flora. The anxiolytic NT GABA is made in the gut in interaction with gut flora suggesting the importance of fermented foods to decrease anxiety. Chronic purging can be dangerous and lead to nutritional deficits, GERD, and even death. In my clinical practice I provide intensive nutritional support to address the neurobiological substrates of bulimia behaviors while we address the psychological aspects. I provide detailed evidence for these protocols in my book Nutrition Essentials for Mental Health.

I also teach yoga for bulimia (and also specific bodywork methods that release tension in the diaphragm). Below, I outline one of these yoga methods from my clinical textbook Rhythms of Recovery: Trauma Nature and the Body called Uddiyana Bandha. This exercise stimulates vagal response by simulating the movement of the diaphragm similar in purging and may be done therapeutically to provide relief from anxiety and dissociation in contrast to the dangerous of chronic purging with food.  This exercise is reframed from the original yogic meaning to approximate similar movement that occurs during purging. However, the exercise is done on an empty stomach and is a reframe done in the context of therapy

Bandhas regulate the flow of prana. This bandha is designed to move the energy up toward the head. Stand with the feet a foot apart and bend over slightly, knee slightly bent, placing hands on the thighs. Lower the head between the collarbone and the breastbone, and let it rest there in that notch. Inhale deeply and exhale quickly, forcing all the air to exit the lungs. Immediately after the exhale, hold the breath, pull the abdominal region back toward the spine, contract and lift the diaphragm toward the breastbone, putting your weight on the hands on the thighs. Hold and then release. When you have mastered this motion, then repeat and instead of holding, exert a pumping action, pushing out and pulling in, all the while maintaining this pose and holding your breath.

This exercise (which can be demonstrated in person or seen on video) can be taught to clients for home use when the urge to purge arises, to desensitize somatic sensations in the “solar plexus” and to quiet affective fires by reducing tension. Yogic practice prescribes this exercise to improve digestive function and cleanse the spirit. Because chronic dissociation among individuals interferes with experiencing bodily-based perceptions, this exercise can foster new sensory awareness and provides people who are working on decreasing purging and bulimia behaviors with therapeutic alternatives to achieve relaxation and balance. It also helps the client to understand that their urge derives from a complex psychobiological response that can be addressed through movement and nutrition.

Combining psychotherapy with nutritional therapies and yoga provides an integrative approach to efficacy and empowers our clients in their recovery process. This approach also gives hope and emphasizes the essential benefits in integrating the mind and body in treatment

Leslie Korn used storytelling for her keynote “Somatic Empathy: Restoring Public Health with Massage.” Korn captivated attendees with stories of her work collaborating with tribal communities in Mexico and the United States to restore touch therapies and nutrition from traditional foods, traditions that had dropped off in response to complex and historical trauma. “Their bodies told stories their minds longed to keep quiet,” she said. Without breaking from her storytelling style, she fed the audience data from many studies, shared techniques for healing that were evidence-driven, and made recommendations for future studies. It was a rare treat that set the mood for the day, acknowledging the intangible nature of massage alongside the evidence.

– Diana Thompson, LMP, Seattle
PODCAST
Nourish your Brain with the Right Fuel
Listen here
SIGN UP
Receive a free guide to change your mood with food.