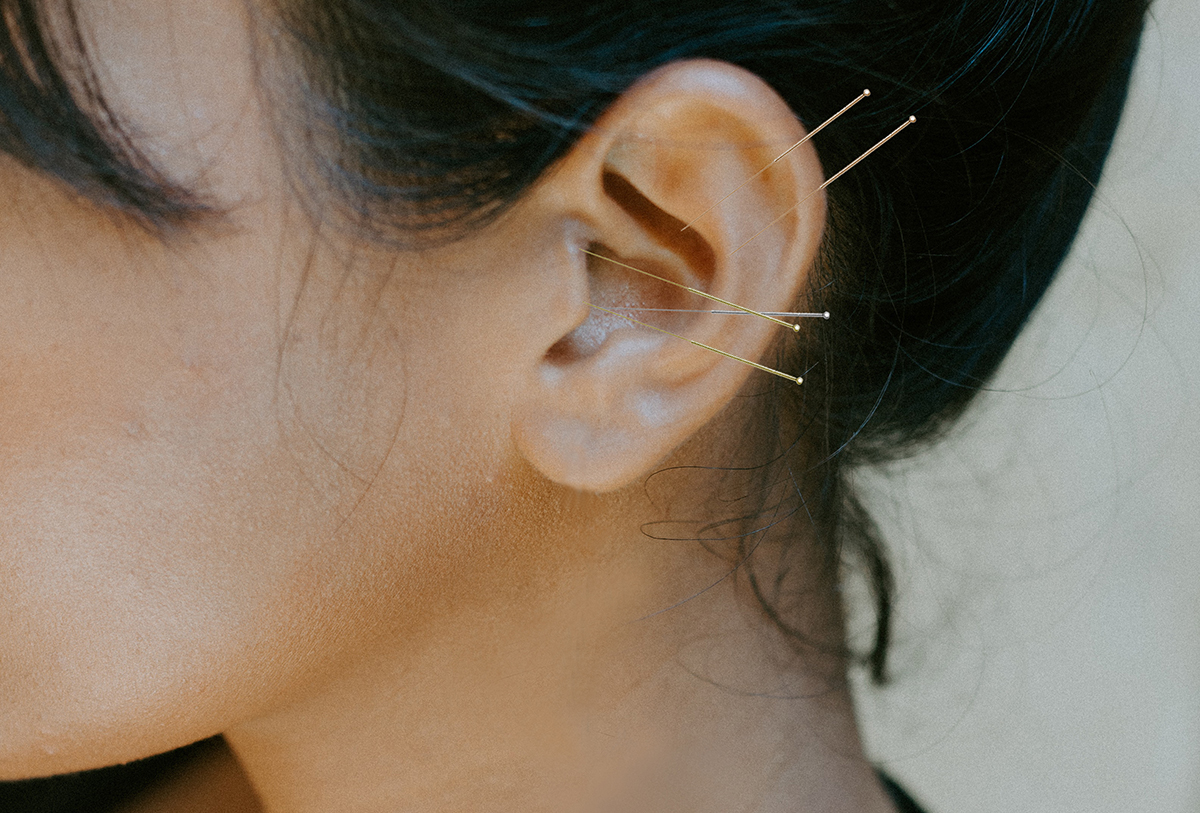 In my practice, I’ve worked with thousands of victims of sexual trauma. Altering endogenous brain chemistry acupuncture, with either electro or needle-only acupuncture provides a significant option. Yet massage and pressure point therapies can provide a tactile-affective quality that needling generally does not. Knowing which to apply or to refer to for clients is the art of our work. The importance of touch lies in returning one to the somato-emotional template of attachment and yet may feel too invasive. On the other hand, acupuncture may feel too invasive. How do we assess?

Combining psychotherapy with somatic-emotional therapies and acupuncture can provide an effective approach. Where each method alone has its limitations, all three methods become synergistic and support withdrawal from the addictions at different stages of recovery. Body and auricular acupuncture also reduces the severity of withdrawal symptoms associated with rapid opiate detoxification (Montazeri, Farahnakian, & Saghaei, 2002; Smith & Kahn, 1988), reduces cravings, increases the rate of participation of patients in long-term treatment programs and reduces recidivism rates (Bullock, Culliton, & Olander, 1989).

Individual needs and the meaning of needle insertion and manual touch should be explored. Many people, most notably people addicted to heroin and abuse survivors, do not want an “oily” massage without clothing, nor do they want someone to “penetrate” them with a needle. This will be unique to each individual and their stage of recovery.

Public health programs recognize the relationships among chronic exposure to violence, depression, substance abuse, and cyclical acts of crime, and have instituted models in prisons and clinics that combine counseling and acupuncture detoxification therapy such as the Community Addiction Recovery Association (CARA) in Sacramento, California. Many of these programs follow the National Acupuncture Detoxification Association (NADA) protocol, an auricular acupuncture treatment that involves fine needles being inserted just under the skin at five different points on the outer ears (National Acupuncture Detoxification Association, 2010).

By treating patients with the NADA protocol we can reduce cravings and anxiety, and help sleep (National Acupuncture Detoxification Association, 2010). The NADA protocol, also known as acu-detox and the five-point ear acupuncture protocol, was developed by the physician acupuncturist, Michael O. Smith, and has been widely used in urban and rural settings for the treatment of alcoholism and chemical dependency. The NADA protocol is also used in prisons and post-9-11, post-Katrina, in refugee and border camps, worldwide.

The NADA protocol is available for lay acupuncturists and many states allow individuals to train in this simple six-point treatment program without going through the 3-year acupuncture licensure track. The NADA protocol is simple, quick, and can be done daily for addiction treatment. If needle penetration feels too invasive, electroacupuncture or meridian pressure therapies can be a beneficial alternative.

There are other acupuncture traditions, that much like theoretical models in counseling vary in technique and relational emphasis. I particularly like “Five Element Acupuncture” developed by J. R. Worsley, for it actively integrates emotional and spiritual well-being and values extensive history-taking. TCM is more commonly practiced in the US, and Japanese acupuncture has a gentle approach that often is very light and the penetration is pain-free, making it suitable for young or sensitive individuals.

Most schools of acupuncture have free or low-cost clinics in major cities, where advanced students intern, making it an affordable choice. Many native Chinese practitioners do not practice what in the west is considered “bed-side manner,” so when that is important to the client, look for it carefully among Five Element practitioners. As with any method, the relationship and connection between healer and recipient is vital to the healing response. Chinese medicine also has a comprehensive repertoire of herbal medicine, which is often used in conjunction with acupuncture.

Many of these integrative medicine methods, are explained in my book, Rhythms of Recovery: Trauma, Nature, and the Body.