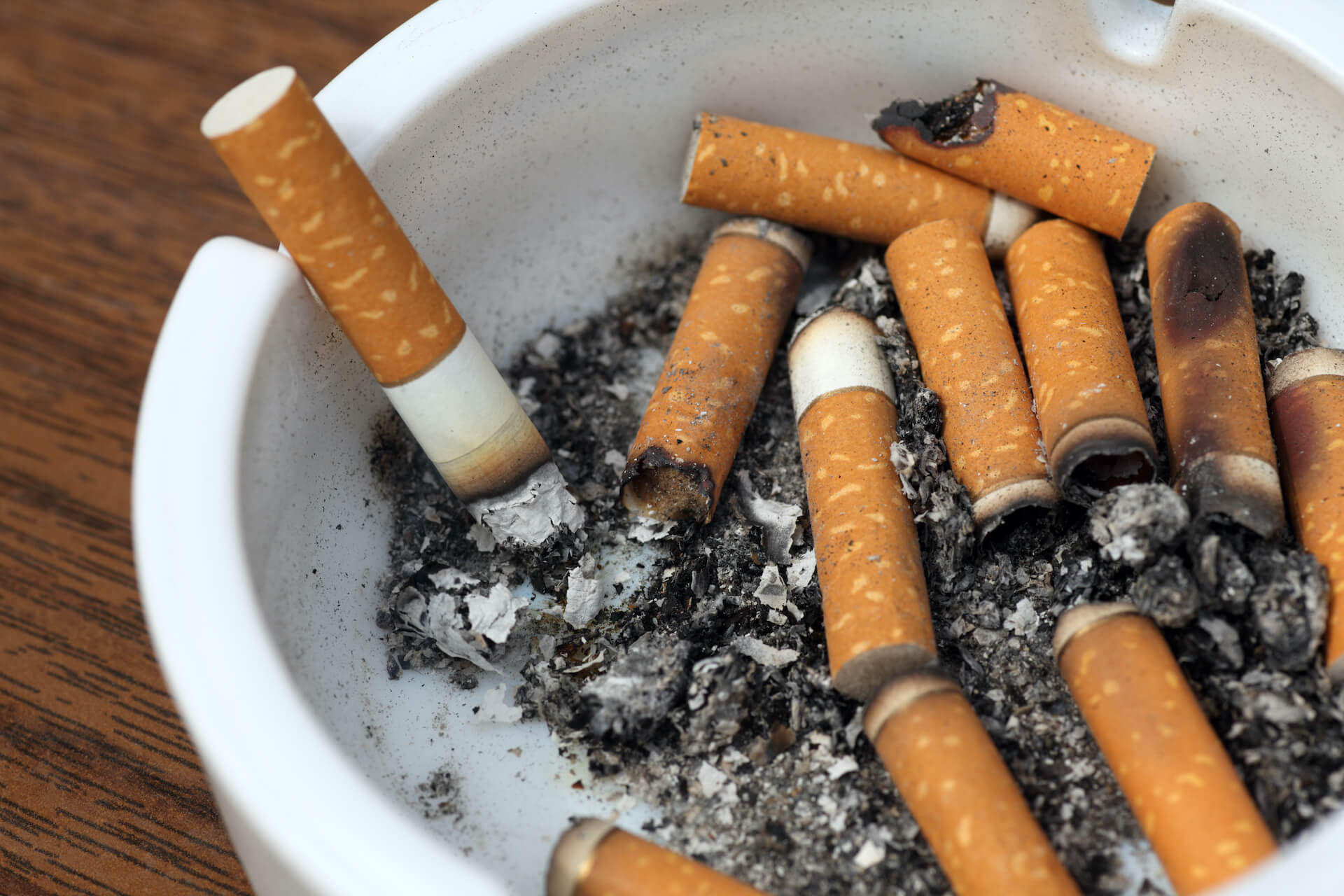 Integrative Medicine to Withdraw and Detoxify from Nicotine

PTSD is a risk factor for smoking and tobacco addiction is a risk factor for depression and anxiety. People with PTSD smoke at high rates as a form of self-medication most likely because it is a euphoriant; it increases cognitive function, it (can appear) to reduce anxiety, and possibly for memory extinction, though like in anxiety, it has a paradoxical effect; depending upon when nicotine is administered, it either extinguishes or strengthens fear memories. Nicotine can suppress the symptoms of depression and thus cessation can trigger depression.

Approximately 21% of the general population in the USA have a tobacco addiction, but rates of smokers among people with PTSD rise to over 45%. American Indians and African-Americans have the highest percentage of smokers at 32.8% and 19.1%, respectively, followed by Whites at 17.4%, Hispanics at 14.1%, and Asian/Pacific Islanders at 8.1%.

Nicotine is one of the most difficult drugs to withdraw from but it is made easier by using an integrative approach. Below I outline a protocol I presented at the National Native Tobacco Conference which was organized to explore culturally-appropriate methods for cessation. Among many American Indians, smoking and cessation strategies are culturally linked to sacred tobacco use. Understanding the role of sacred tobacco can inform clinical approaches to cessation especially with American Indian clients. Sacred tobacco is ceremonial tobacco, used in prayer and as offerings and is central to the spiritual practice of many Indians. In Indian country, Sacred Tobacco is differentiated from non-sacred addictive tobacco use. Restoring ritual using sacred tobacco can be an integral part of cessation methods.

Understanding the role and rituals of Tobacco Addiction by clients enhances methods used to withdraw, detoxify and eliminate, reduce or replace nicotine. This protocol is a template that can be used as an approach for withdrawal from any substance.

Withdrawal from nicotine generally begins within 30 minutes of smoking the last cigarette and symptoms peak physically within three days and last for at least four weeks. An integrative approach includes activities that address physical, mental, emotional, and spiritual needs.

Preparation begins with diet and balancing blood sugar and oral needs by eating high protein meals every 3-4 hours. Especially useful are choline-rich foods such as eggs, liver, and fish. Suck on a licorice root stick between meals when necessary (the root not the candy). Receive the NADA Acupuncture or Acupressure detoxification protocol and use a Cranial Electrical Stimulation unit as often as needed throughout the day. Use Binaural beat music technology. Hemi-Sync® has created a “Freedom from Smoking” recording that combines both verbal and binaural beat cues that synchronize brain hemispheres.

Herbal medicine reduces physical and emotional stressors of withdrawal. One of the most important is Lobelia inflata L. (Campanulaceae), also known as Indian tobacco or pukeweed. It is native to North America and has been traditionally used to treat upper respiratory conditions such as asthma, coughs, and bronchitis. It contains a-lobeline, an alkaloid that functions as a tobacco substitute because it acts as an antagonist at nicotinic receptors in the brain. Lobelia is a sedative and a stimulant with psychoactive properties and is often combined with nicotine withdrawal herbal compounds.

Two weeks before the quit date and for at least two months following, use  the amino acid Tyrosine (500 mg twice a day and build up to 2000 mg).it is a dopamine precursor. The amino acid Taurine has been shown to reverse lung damage and supports cardiovascular health and can be used following withdrawal. Using adrenal, pituitary, hypothalamus, and lung glandulars all support the HPA axis function and reduce stress, craving and withdrawal symptoms supports restoration of lung tissue.

Walking and or climbing hilly areas, or swimming to the point of breathing heavily helps to manage anxiety, decrease dissociation and satisfy the urge to inhale. Heavy breathing mimics the sensation of inhaling smoke. Sweat in a sauna, steam bath or a ritual group sweat. Place ice packs on the spine between the shoulders reduce depression and increase lung function.

Two breathing exercises in particular are helpful during and following the tobacco addiction withdrawal process. Learn these exercises ahead of time so they may be used upon quitting. These exercises facilitate the changes that occur in inhalation and exhalation associated with smoking and also help restore oxygen to the blood and brain. They are called Long Slow Breath and Breath of Fire:

This technique is part of the Kundalini yoga tradition and is also called Kapalabhati which means “skull lightening”, presumably because it enhances awareness but also perhaps because it lightens or “loosens the lid”. This particular breathing exercise can be used for 1 minute when feeling the urge to smoke. It is energizing and decreases cravings.

Breath of Fire consists of alternating short, forceful exhales and slightly longer, passive inhales. Exhales are generated by powerful contractions of the lower belly, which push air out of the lungs. Inhales are responses to the release of this contraction, which sucks air back into the lungs.

Begin by sitting up in a comfortable position, lengthening your spine upward and bringing your chin back and in slightly, so that the back of your head aligns with your spine.

Close your eyes and bring your awareness to your lower belly. Cup one hand lightly in the other and press them gently against your lower belly so your hands rest between the belly button and the pubic bone. Relax your abdominal muscles. Begin breathing quickly through the nose, with equal inhales and exhales. It should be as though you are sniffing very rapidly, and the breath is shallow. Find your own pace and rhythm, and stay relaxed as the diaphragm pulses naturally with the breath.

As you exhale imagine that your skull is lightening and loosening its grip on the neck. Start off slowly with this exercise until you get the rhythm, and then repeat eight to ten times at about one exhale-inhale cycle every second or two. You can increase your pace to two exhale-inhale cycles every second as you improve at contracting/releasing your lower belly. Do 25 to 30 cycles at first. Gradually increase the number of cycles to comfort.

The above blog is adapted from my clinical book on Integrative medicine for the treatment of Trauma entitled: Rhythms of Recovery: Trauma Nature and the Body

A reminder: undertake detoxification strategies with the guidance of a skilled clinical team. The principles I explore above are just that; principles but success will depend on tailoring the needs of the individual to diet, supplementation and behavioral supports.

I was so impacted by your teaching and you personally at National College of Naturopathic Medicine, all those years ago. I’ve never forgotten. Your presence was very powerful and I resonated with it.