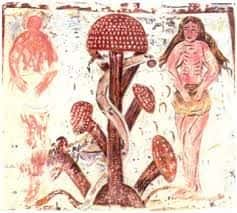 Spirit Molecules that lead to the goddess within New therapeutic interventions for healing from pain and PTSD.

Integrative medicine treatment of post traumatic stress has been evolving and growing worldwide to include entheogens also called psychedelic medicine. We have been exploring and altering our states of consciousness since our first animal friends found their way into a mound of psychedelic mushrooms, saw the goddess of the cosmos and shared their discovery with us.

It is a challenge to suggest what is older: the experience of traumatic events, or that if the first vision leading to what we now called spirituality or religion. Religion may have evolved with our ancestors after they ingested of some of nature’s psychedelic bounty.

Some scholars suggest that the apple of Eden was actually a psychoactive mushroom (Amanita muscaria) (Wasson, Kramrisch, Ruck, Ott, 1992). People have ingested psychoactive plants and mushrooms for millennia to enhance consciousness and as a route to ecstasy which refers to “the withdrawal of the soul from the body” concurrent with mystical or visionary states.

Frequently peoples of many cultures use plants and mushrooms in group rituals to alter consciousness; to commune with the gods or to stay alert while engaged in long hunting expeditions; or they are used individually to stimulate vision quests, to sleep, or treat pain and wounds. Entheogen refers to ‘God within us’, those plant substances that, when ingested, give one a divine experience, in the past commonly called hallucinogens, psychedelics, psychotomimetics (Wasson, 1988).

Many pharmaceuticals are derived from these plants whose chemical compounds are now extracted, synthesized and concentrated in laboratories. In addition to their medicinal uses, psychoactive plants and mushrooms are also used recreationally and ritually. Increasingly they are studied and applied in the clinical setting for the intractable symptoms of PTSD including depression hopeless, anxiety and “loss of spirit”.

Trauma alters consciousness and it is no surprise that upwards of 70 percent of people with PTSD self-medicate to the point of addiction at some point in their lives. Many more use substances but do not become addicted. Substance use intersects both the natural human urge for inner exploration with the need to suppress unpleasant states. Plants and mushrooms and their chemical derivatives are the subjects of general empirical science, indigenous sciences and biomedical clinical trials aimed at identifying their application for the treatment of PTSD, depression, anxiety, addiction, insomnia; and as a catalyst for spiritual and post-traumatic growth. It is at this intersection that a therapeutic approach to understanding psychoactive states and balances can be explored.

Throughout my book Rhythms of Recovery, Trauma Nature and the Body, I have argued that PTSD disrupts the rhythmic function of consciousness and that our work must be to help our clients find ways to restore their sense of rhythm and balance; and to learn methods that they can use at home and under the supervision of therapists, healers, and guides.

Determining what are licit or illicit drugs in the United States and other countries is a matter of political policy, not policies based in therapeutic considerations or dangers to self or society. If this were not the case, nicotine and alcohol would be illegal, and cannabis and Lysergic acid diethylamide (LSD) would not. Attitudes about drugs and psychoactive plants/mushrooms change with cultural and epochal mores and in all probability will continue to change. The role of culture and ethos in determining what plants or drugs may be used and what may not is highlighted by the suppression of the psychedelic/entheogens during the last 50 years. In the 1950’s the hallucinogens were called psychomimetics because they were believed to imitate psychosis.

When the Spanish arrived in Mexico they suppressed not only the sacramental use of the mushroom, called Teonanacatl by the Nahua, meaning “Flesh of the Gods” but also ritual foods such as Amaranth, both of which were safeguarded by indigenous peoples for the future. By all accounts, use of Teonanacatl, alcohol and other mind-expanding ritual substances was regulated and abuse was uncommon both among the northern and southern peoples of the hemisphere. The suppression of mind-altering drugs in the begun by the Inquisition in the New World continues today even as the ability to conduct research is emerging, ever so slowly once again. Our clients benefit from understanding the meaning of why they use what substances they use and the larger context of what it means to be human and what it means to have an altered state thrust upon one in contrast to choosing one for healing.

Indeed, there is a profound connection between PTSD, ineffective drug policies and incarceration. The backdraft of US Drug policy filters down to us as clinicians working with women and men in prison when we are charged with helping people who are there predominantly due to their color and their use of drugs to self-medicate their PTSD. The Global Commission on Drug Policy has announced a call for ending the drug war; ending the criminalization marginalization and stigmatization of people who use drugs–individuals who do not harm others.

In the practice of conventional medicine and counseling psychology today there is a “theology of abstinence and sobriety.” While this is therapeutically useful for many people, the orthodoxy of abstinence and sobriety also prevents an open-minded exploration of the role of plants and drugs to beneficially alter consciousness and treat illness, without harm or the negative attributes of dependence. Too sober an attitude also fails to acknowledge the human yearning and capacity for transcendence; there is no greater need to transcend than when one is traumatized.

Without question, the current paradigm of substance abuse treatment as the orthodox approach exemplifies is a failure. Treatment efficacy is so poor in inpatient rehabilitation programs and government agencies like the Indian Health Service, that most agencies will not provide measures or outcome statistics. I have consulted on many cases where I have been deeply saddened for the client addicted to alcohol in revolving 30 or 60 day programs where they are verbally admonished to “stay clean” while they are being fed a nutritionally deficient diet of mashed potatoes and gravy, fruit cocktail and three or more medications that make their heads spin. 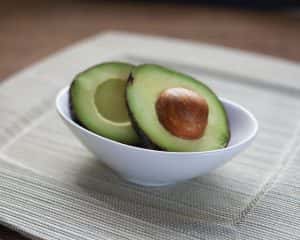  The addicted brain needs physical nourishment as I explain in my books on mental health nutrition, and the brain/mind also needs spiritual nourishment that derives from transcendent vision and ongoing rituals of connection with others. Not all of the plants or their analogs that I discuss below are entheogens or hallucinogenics. Some are drugs that are analgesic, anxiolytic, and provide a more natural approach with fewer side effects than many of the pharmaceuticals in use.

Interestingly, the primary pharmacological treatment extant for PTSD, and depression involves enhancing the serotonergic and dopaminergic/GABA systems in the brain. Not surprisingly, botanical medicine, the hallucinogens, and entheogens interact with these same systems. As I elsewhere note, there are many routes to GABA besides benzodiazepines. Nature provides an abundance of plants for this purpose. This reality suggests that successful treatment of PTSD may be more about what path we take to arrive at the synapse. As we shall see, the entheogens are serotonergic agonists; more than one client has started on Prozac and said: “Gee it feels like acid!”.

Historically, indigenous and traditional societies use psychoactive plants in the context of a community-based ritual. Under these conditions, the community and the ritual provide the setting to support the process of initiation and healing experienced by the participant user. Industrialized societies have lost many of these rituals and those that remain, even when they are religious, rarely involve the use of plants used to commune with God that, practices that were central to early Christian and pagan worship in Europe.

Many of these traditions continue to evolve, for example the Native American church peyote ceremony practices in the United States’ southwest and among the Wixárikas of central México, the Ayahuasca ceremonies practiced by Urarina shaman of the interior Amazon river regions of Peru, the mushroom cults (Amanita muscaria) of Siberia and the Mazatec of northwestern Oaxaca, México who refer to their preferred, trance-inducing mushroom as nti-si-tho and in psychotherapeutic settings where individuals use substances under the guidance of skilled therapists or guides.

The spirit molecules that I explore in the second part of this blog are all used by people with PTSD and most have been or are the subject of ongoing clinical research for the treatment of PTSD or the sequelae. Because the range of effects of trauma and because they often emerge and resolve and reemerge over the life course, the individual suffering the effects of trauma will have evolving needs over his/her/their life course.

People with PTSD use all kinds of medications to self-medicate. Understanding the types of drugs that people use help us understand more specifically the psychological biological and spiritual needs to address through the with conscious use of psychoactive alternatives. With the exception of tobacco, which I include here, because of its historical use as a ritual plant, and its problematic use by people with PTSD, all of these substances show promise as allies along the path of healing. Perhaps the most commonly used plant (besides tobacco) for altering consciousness by people with PTSD is cannabis or marijuana. It also demonstrates favorable effects for the treatment of a variety of symptoms associated with PTSD including depression, anxiety, and pain. I will explore this and other plant allies and entheogens in the next post.

As the year comes to end I want you to know how incredibly grateful I am to be working with you. It’s been one of the greatest joys of my life. The next six months are going to be very exciting as I launch a website – and take the next step into building a successful practice!